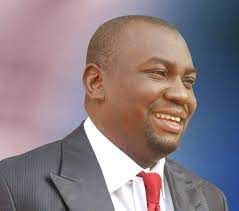 Across every corner and crevice of Enugu State WhatsAppsphere, the despicable name of Reuben Onyishi has been resoundingly omnipresent over the past few weeks and for all the wrong reasons. From my not-too-inattentive corner, I have watched the jaunty swag of this despicable desperado, with studied silence, largely because I never wanted to give him the attention that he so desperately has been in search of.

Reuben has been looking for attention. Luckily, he appears to be getting it in full dose, overdose, if I may say, and that is what I did not want to join in letting him have. How do you allow space for a conscienceless, psychopathic semi-humanoid to draw you out for public discourse? In the heat of the tiff, former Governor Babatunde Fashola had with his (former) benefactor, a few years ago, Fashola have a fitting riposte by saying it was not necessary to wrestle with a pig; you get dirty in the process. Just like the pig.

But then the validity of this statement lacks universal value. When a pig challenges you to a wrestling match, it is best to drive it to the sty, where it rightfully belongs and lock it there. This is what I will try and do, believing that even if he breaks free again, people will see him for what he is.

Were Nigeria to be where proper assessment of people to be conducted, Reuben should be in isolation in a remote sanatorium, chained to a concrete wall, with those feeding him sliding his plastic platter with very long spaces. He presents danger to himself and to those around him.


Toxicity is not a valuable asset for any person to acquire and it is clear Reuben’s ways are paved with endless streams of toxic character traits – traits that follow him from home to office; traits that everyone knows about, except those who, without due diligence, hire him for election purposes

With his history of social and domestic issues, Reuben should be everywhere but the public space. A rabid dog without moral and social restraints, he believes the only way his stunted intelligence can be noticed is by hounding anyone in his way. And for this roach, everyone; friends, foes, family, bosses, benefactors and even innocent bystanders; is in his way. And he brooks nothing in his voracious cannibalisation of just about anything, except his vanquished ambition to exercise power.

The trigger for this intervention was an article I read on a number of Enugu WhatsAppsphere, where this man, appearing in various aliases, was being fingered as the brain behind an article which claimed Labour Party Governorship candidate in Enugu, Chijioke Edeoga was denigrating the Catholic Church. Not done, this article also claimed there is a rift between Edeoga on the one hand, and Senator Chuka Utazi and Dr Sam Onyishi of Peace Mass Transit, on the other.

It was easy to see through the intendments of those his puerile, toxic article: to instigate a distancing by the predominantly Catholic community in Enugu, and the influential political and commercial weight of Senator Utazi and the Peace Mass boss from Edeoga.

I understand the use of propaganda in electioneering. I have been a public communications strategist for a number of years, but what I have refused to understand is the application of corrosive literature in building up winning opportunities for people who are aspiring to offices from where they expect to straighten the bend and twists of society. Why do people fabricate such sordid lies in the name of electioneering campaigns?

I had to do this because Reuben did not start this today. In 2021, I had, in continuation of an annual family ritual, donated exercise books to primary schools in my community, Nkpunano, Nsukka. I had done this since 2018 and in their bid to draw the attention of “higher authorities” to what they considered a noble venture, the head teachers of the eight public primary schools that are covered by the programme, invited the Education Secretary to the event.

During the event, the Education Secretary, Mrs Jane Asadu pointed to the strides of the state government in Education. She captured it on video. But in the end, Reuben, who saw the optics where Mrs. Asadu posted them, quickly rushed to the media, with the story that I used the platform to insult the State Governor, His Excellency Ifeanyi Ugwuanyi.

That was far from the truth, as I never mentioned the governor’s name on that day. And when I challenged Reuben via a conversation on social media, he confessed that it was a friend of mine that was feeding him the falsehood he peddled. That friend of mine, he stated, was an eternal government friend, Onyekachi “Ahmed” Ugwu.

You see, Reuben has no boundaries. Everything and all things, including the lives of those he professes love to, are tools and vehicles for his journey to what he believes, is his dream destination. This is why I feel very sorry for those that are presently paying for his jaundiced disservice – he will turn around to feed off their grief once the season shifts in another’s favour.

While Chijioke Edeoga was in PDP, I recall Reuben had his canines on every flesh, tearing and devouring every living and dead flesh that he saw stood between him and the attainment of his goal of being Edeoga’s leading aide. He was barely going home then. There was no home to go to. His was the double jeopardy of being homeless and being always at daggers drawn with his family.

But it was Edeoga that gave him a house he lived in for two solid years, feeding him and giving him money in the frequent situations when he was desperate, hungry and cornered by debt and denial.

How despicable can a man get? It is clear those who allow this man to come close to them are either blind to common research or are extremely and thoughtlessly Machiavellian. His proclivity to domestic violence is well-known and visually documented. His friends knew that his favourite pastime was battering his wife and children. He nearly lost his life on an occasion when bottled frustration evoked choking revenge and his balls were nearly crushed like eggs.

Those who know Reuben should ask him about that mark on his lip. What circumstances made get that injury? Oh, it is possible the Okada he hitched braked suddenly and he hit his lip on the rider’s head. When you catch a person at the top of your palm tree, his excuses are legion: if he does not claim he is in search of the fronds, he’d say he was trying to prevent a squirrel from eating your ripe palm nuts.

Reuben did promise himself, after getting sacked from every bank job he got that he had a “destiny with leadership” and the first set of building blocks he put on his way up this wobbly ladder was to assume the title of a pastor. It was a great selling proposition, given the place of religion in our environment. But like most fake pastors, this never hindered him from his alpha-male, domestic duties that were far from complimentary.

Those I pity are the people who hired him and paying (I hear quite heavily) for the poor job he has been doing, I hear he crawls around WhatsApp with sundry aliases, and I wonder whether the people who are paying him think this represents value.

You assume false identities when you’re your person carries eroded credibility. Enugu is a very small place and people easily tell ghosts from humans. Especially when you are so poorly skilled you cannot vary your writing style.

Toxicity is not a valuable asset for any person to acquire and it is clear Reuben’s ways are paved with endless streams of toxic character traits – traits that follow him from home to office; traits that everyone knows about, except those who, without due diligence, hire him for election purposes.

Not that he is even good at much else. 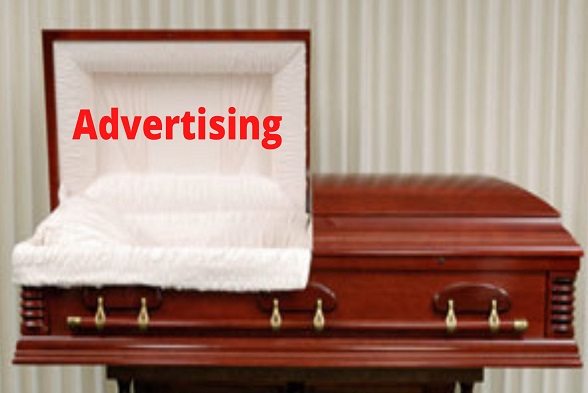 Previous post
The future of advertising in a world that now counts, not in seasons, but in moments
Next post
Kpakwuregede: The paedophobic, misogynistic Reuben Onyishi goes through psychoanalysis 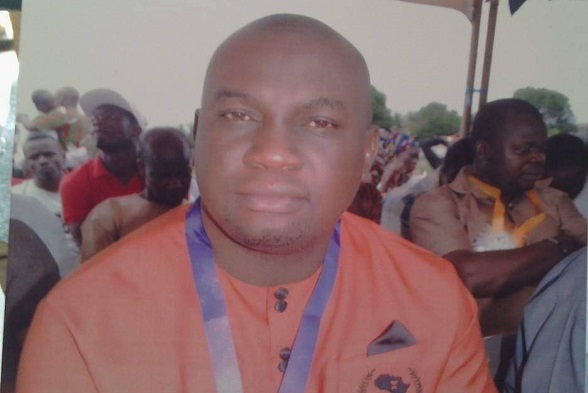 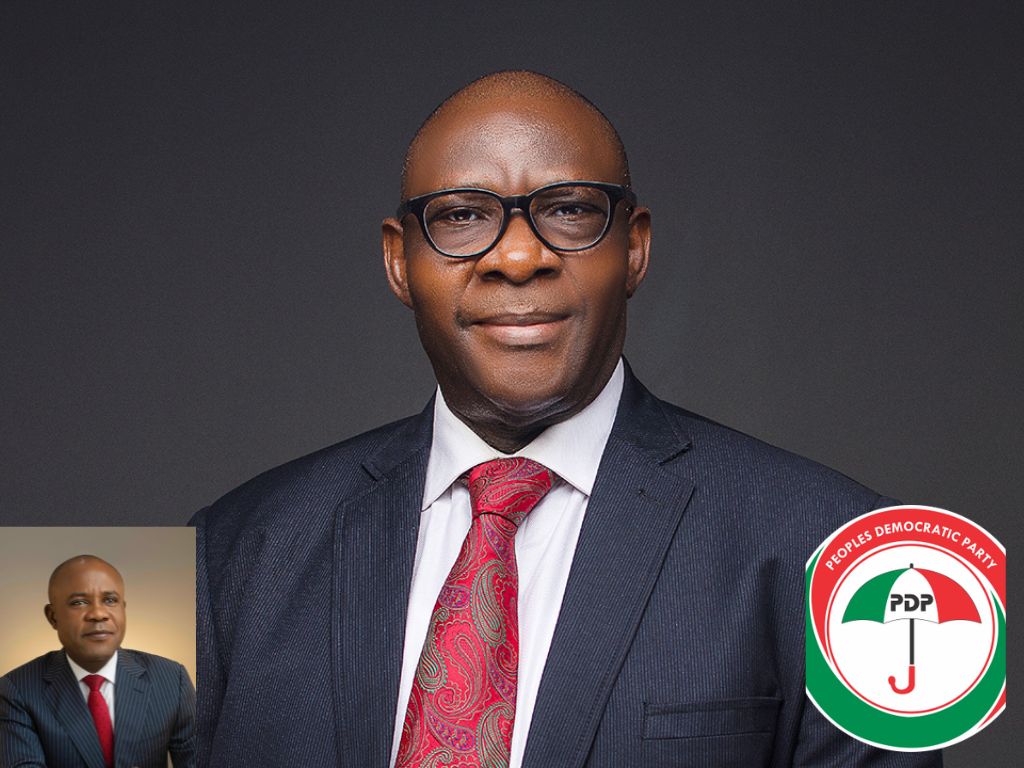 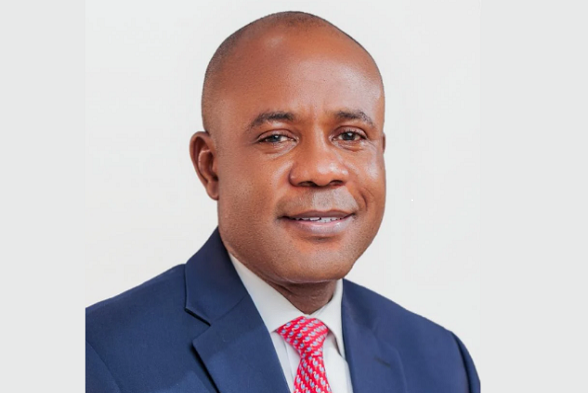